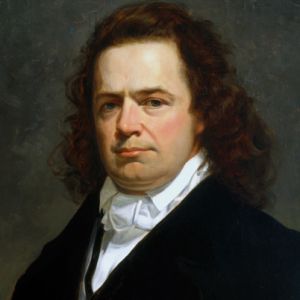 Elias Howe, Jr., most often credited with inventing the first practical sewing machine, was born in Spencer, MA, 1819. Permanently lamed with a hereditary condition that handicapped him throughout his short life, he worked as best he could on his father’s farm and attended school until age 16, when he apprenticed at a local textile mill. Two years later, when The Panic of 1837 hit, he lost his position and moved to nearby Lowell, where he apprenticed himself to machine shop owner Ari Davis.

Townspeople regarded Ari Davis as something of an eccentric, but acknowledged he possessed proven skills at making and repairing all kinds of precision machinery. Davis made several unsuccessful attempts at producing a sewing machine, preaching over and over to anyone who listened that such a device would make its inventor rich. Howe agreed. By now, he had children and a wife, but his health proved so fragile he sometimes found steady employment required more stamina than he could muster. His wife frequently took in sewing to help pay the family’s bills.
Realizing his ability to handle strenuous physical exertion remained forever limited, Howe turned his attention to inventing a working sewing machine sometime in 1843. His first efforts were crude and tentative, but he kept at it. He later reported that he studied his wife as she sewed, making several abortive attempts to duplicate her movements mechanically. Each effort failed. Howe gradually realized all such efforts were doomed to failure. He decided to switch tactics, reasoning that, while a machine could not mimic hand sewing, it just might accomplish the sought-after results in some other way.

Howe’s personal life grew increasingly desperate. His health spiralled through a series of ups and downs, and his wife was showing the first signs of an unexpected decline. With little money coming in and prospects dim, Howe redoubled his efforts. Using scrap metal, wood, wire, and discarded bolts and screws, he created a machine that featured two threads and stitched with a shuttle. And it worked. It would work even better, he remained convinced, with some modifications and better materials. But with no money and no job, Howe was unable to continue.
His situation nearly hopeless, Howe moved his family to Cambridge and into his father’s house, where he had access to tools and a lathe. Howe spent as much time on his sewing machine as he could, which created considerable friction within the family. His father experienced a major financial setback and wanted Elias to do less tinkering and more of anything to help bring in some much-needed income. Howe tried, but his health kept him from making much of a consistent contribution.

Elias Howe’s personal situation improved quite unexpectedly a year later when his life-long friend George Fisher came into an inheritance and decided to support Howe’s efforts to produce a sewing machine. Much to the relief of Howe’s father, Elias moved into Fisher’s home and set up shop in his friend’s attic. Fisher also put up money for tools and supplies, and provided food for the inventor and his family. Howe, for his part, agreed that his friend would receive a 50% interest in any patents Howe might file.

His money troubles behind him, but his health as fragile as ever and his wife’s condition an increasing worry, Howe devoted himself totally to his invention. For an entire winter, he laboured away. By the spring of 1845, he had managed to sew a seam. By summer, he had made two complete men’s suits, one for his friend George Fisher and one for himself. Howe had, indeed, produced the world’s first practical, reliable sewing machine.

Howe next set out to convince the tailoring industry that his machine merited a place of distinction in any garment-making industry. He rented space in Boston’s Quincy Hall and demonstrated that his invention could sew over 200 stitches per minute, seven times faster than the most expert sewers. He successfully put seams in heavy coat material. He organized a contest with five professional seamstresses and sewed five separate seams before one of the women could finish a single one. An independent judge declared Howe’s machine seams were both neater and stronger than the ones finally completed by the five seamstresses.

Joined by his partner George Fisher, Howe now offered his invention for sale. No one, it turned out, impressed as they might have been the performance of the machine, ventured forth to buy one. The primary objection was expense. Howe was asking $300 per model, much more than a shop owner with three or four dozen tailors was prepared to spend. Besides, tailoring involved more than just sewing seams, so the shop owner’s expenses would increase, not decrease, with the addition of such machines.

Crestfallen, Elias Howe resigned himself to sad reality–he had no way of reducing the cost of making his machine and no way of selling its current price. He accepted a job driving train locomotives in Boston and worked in Fisher’s attic on and off to produce a second machine to register with the United State Patent Office. He completed the machine in 1846. Accompanied by George Fisher, Elias Howe travelled to Washington, D.C., and registered his patent on September 10. Fisher understandably called a halt to work on any future models, and Howe packed up his family and returned to live with his father.

Howe never gave up on his machine. He couldn’t. It was his only chance, slim as it now seemed, to pull himself out of a life of poverty. He didn’t anticipate the really bad times that lay directly ahead, or the incredible wealth he would amass at the unintended expense of the yet unknown and unheard of Isaac Merritt Singer.

When George Fisher quit the partnership, he took with him whatever debts existed between the two. This left Howe broke, but he was now boarding with his father and owed no money to any creditors. He soon began to consider other avenues for selling his machine. Then, with modest financial help from his father, Howe decided to explore England, with its denser population and greater individual wealth, as a possible outlet. His brother Amasa agreed to travel to London, Elias’s poor health at the time precluding him from making such a trip. Then, in one fell swoop, Elias Howe’s fortunes seemed to take a dramatic turn upward in the fall of 1846. London corset and umbrella maker William Thomas employed hundreds of workers in his business and quickly recognized the labour savings he could realize with Howe’s machine. He immediately bought the sole model Amasa Howe brought with him from America.

Amasa Howe agreed to grant William Thomas the right to patent his brother’s sewing machine in England, which Thomas did immediately. Thomas also agreed pay Elias a royalty on every unit sold in England.

Amasa Howe returned to America with an offer of employment for his brother. William Thomas wanted Elias, still without work at home, to journey to England where he would pay the inventor a comfortable weekly wage to make design modifications so the new machines would perform better in the specialized work of making corsets. Elias and Amasa, followed later by Elias’ wife and children, borrowed money and set sail.

Upon his arrival, Elias immediately went to work. He laboured without letup for the better part of a year, successfully making and adapting machines for Thomas. Thomas, who had enticed Howe to England with the promise of a good salary, refused to pay Howe the agreed upon amount. With the machine modifications completed, Thomas no longer needed Howe and intentionally set out to make life miserable for the American. He assigned him trivial repair work, assumed a totally inappropriate arrogance towards Howe, and verbally insulted and chastised him at every opportunity. Thomas continued the abuse, and when Howe gave no indications of resigning his post, Thomas fired him, refusing also to pay Howe the back wages the inventor had rightfully earned.

FOOTNOTE: Ruth Brandon, in her biography Singer and the Sewing Machine: A Capitalist Romance, writes “There was also a verbal agreement that William Thomas was to patent the machine in England–which he did–and if the machine caught on, he was to pay the inventor a royalty of £3 on every machine sold. This he declined to do, though he did claim a royalty of £10 himself on each machine sold. He was also extremely vigilant about suing anyone he considered to be infringing on his patent. The result of this was to delay the widespread introduction of the sewing machine into England until Tomas’s patent expired at the end of fourteen years. Elias Howe later reckoned that Thomas’s £250 investment [amount Thomas paid to buy the first machine Amasa Howe brought to England] must have yielded him more than a million dollars.” This volume was originally published in the U.S. by Lippincott (1977) and is currently available in soft cover from Kodansha American, Inc. ($14). This is the definitive work on Isaac Merritt Singer, and we enthusiastically recommend it. If you’re unable to find or special order it, Amazon.com sells it via the internet.

Elias Howe, sick from exhaustion, out of a job, broke, and unable to find work, worried most about his wife, whose delicate health had deteriorated rapidly while abroad. He borrowed enough to return family to America, then went to work on building an improved sewing machine that might earn him enough to follow them. When that didn’t work out, he pawned his machine and, more significantly, his letters of patent. He used the money returning to his own country with no more than small change in his pocket.

Finding temporary work as a machinist in New York City, the troubled and distraught inventor wanted desperately to earn enough to return to his family in Massachusetts. Within a matter of days, however, word arrived that his wife was dying. His father sent enough money for Elias to make it to Cambridge. He arrived only with enough time to watch his wife live out her last few days. To have something appropriate to wear to her funeral, he had to borrow his brother-in-law’s suit. Then he learned that his family’s meagre accumulation of household goods had sunk in a shipwreck and were lost.

Elias Howe found another machinist’s job, this time in Cambridge. He had suffered almost beyond his endurance in the hands of an unscrupulous, abusive businessman in England. He was about to face the same kind of man and the same kind of treatment in the personage of one Isaac Merritt Singer, only this time, with this totally different results.